A downloadable game for Windows, macOS, Linux, and Android

What is Convergence Compulsion?

Convergence Compulsion is an arcade-style, score-attack game that balances thinking fast and planning ahead. Converge on the wave that matches your color. Explode into a new color. Get points, earn power-ups, and blast your way to a high score!

Move quickly, or you'll get consumed by the wrong wave! But don't stray too far, or you'll never get back for that matching color. Each time you match, an obstacle appears, and after you string more matches together, you'll get power-ups! Play smartly and you'll blast your way to a high score!

Achievements, High Score, and Local Stat Tracking. Along with high  scores, you can see and celebrate your lifetime gameplay accomplishments as well as your best moments!

Keyboard, Gamepad, Mouse, and Touch Support. So you can play how want on Windows, Mac, and Linux. Android is currently limited to touch controls.

Remappable Controls. On Windows, Mac, and Linux, you can configure the controls for keyboard and gamepad. You want WASD? You got it! Would you rather use a D-pad? Go for it!

Configurable Colors. On all platforms, you can choose your own colors to converge on from the OPTIONS > COLORS menu. Show me your favorite schemes on Twitter!

Why buy on itch?

The game will be available on Steam, and can be played for free with ads via Google Play Store, so why pay here?

Well, you get access to the game on the most platforms here--and for the mobile version, the ads are removed! You also support itch, which empowers indie devs to share all sorts of games freely! And, thanks to itch's generosity, this is the market on which the most of each sale actually makes it to me, the dev!

I also plan to add locally-tracked achievements in an upcoming version. In contrast, I don't think I'll be hosting my own leaderboards, so if that's your jam, go with one of the bigger marketplaces.

In order to download this game you must purchase it at or above the minimum price of $2.99 USD. You will get access to the following files:

Hi, is there any way you could release a version for Linux that is 32bit? I tried the "Linux Portable" version on this page, but it's for 64bit machines only. :-(

I'd like to try your game on the ClockworkPi Gameshell (https://www.clockworkpi.com/). The simple display and controls of your game might work really well on it. I've had success getting other Game Maker games running on it, but unfortunately it's a 32 bit Linux machine.(https://forum.clockworkpi.com/t/lets-play-x86-games/4848/32?u=adcockm)

Hey, thanks for reaching out. Sorry you ran into trouble with my game!

I must've made the VM I compiled on with a 64-bit OS. I'll see about a 32-bit VM build this weekend and try to get a patch up for it. I'm going to want to do this for my other games anyway.

Bad news, I'm afraid. Looks like GameMaker Studio 2 now only puts out 64-bit executables on Linux. Based on what info I found, it's been that way for a while, i.e. I can't find a runtime in my Preferences that is older than the change from 32 to 64.

If you have any other info to help, I'll keep looking into it, but I don't know off-hand what next to try.

I was kinda pumped to know if it would work on the Clockwork, too. Sorry, bud.

I actually stumbled onto your game through a windy path that *might* hold an additional clue. I got Undertale and some other games I owned via Humble Bundle working on the Gameshell using box86. The Gamemaker games have been a mixed bag (I believe some I tried failed because they were Steam games and had DRM), but the ones that have worked have worked really well (mostly DRM-free Humble Bundle stuff), assuming the display and controls lend themselves to the device.

During that effort, I discovered that someone manged to get Delta Rune running on Linux. Unfortunately it was only the 64bit version. But that's what led me to your game, because it turns out the runtime you included in your game works with the Delta Rune data files. Although I came here for the runtime, I realized your game was pretty clever, and could work well with the Gameshell display/controls. But the 64bit issue means neither game will work on Gameshell.

From the Delta Rune hacking thread:
"You'll need to obtain "YoYo Games Linux Runner V1.3" somehow. This is the binary needed for actually running the game. Luckily, you can legally get it for free from GameMaker games that have a free Linux release. The catch is that the game needs to be using exactly V1.3 of the runner, otherwise the runner simply will not run Deltarune at all. Compatible runners come from GameMaker runtime versions between 2.1.4.202 to 2.2.1.287; note that IDE version is different from runtime version."

I'm not sure if that info helps, or what version of Gamemaker you have (or used) for Convergence Compulsion, but there's at least a remote chance that the earliest version(s) of Gamemaker listed here (2.1.4.202ish) might have a 32bit version? I'm not sure when they dropped support for 32bit.

In any case, there are a lot of free/demo games on itch.io, so I'm thinking I might slowly work through them and try to find any that are 32bit and run. If they do, then I'll swap the runtime with the one for your game and see if I can get it to run. I've already done this a few times with games I had working, but I geuss I was unlucky and those runtimes didn't work. If I find one, I'll leave a comment here with a pointer to the compatible game. :-)

I ended up taking a look at some of the older runtimes, but I couldn't even get the game to compile with them anymore. Claims a "permissions" error which per a search of the internet has more to do with licensing than anything else. My guess is that they're basically blocked in the newer IDE versions for incompatibility or blocked altogether to prevent piracy of olds version.

And yeah, CC has a weird legacy being "the game you use to get Deltarune to run on Linux." I don't mind; I hope folks try CC and maybe even enjoy it, though.

Thanks for all the info, and good luck getting more stuff running on your machine! Drop a line if you get any of my games going on it! 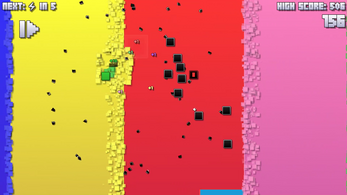 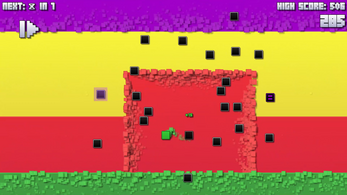 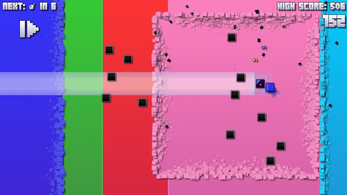 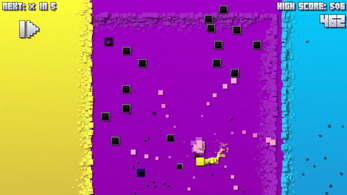 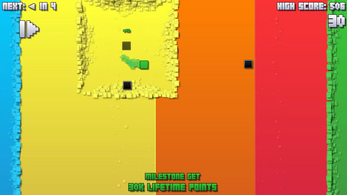 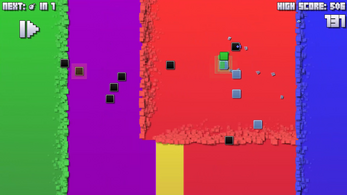